Due to Strike Action, school will be closed to all pupils on Wednesday 1st February 2023.

In year 6, our pupils develop their musical education using the keyboard: 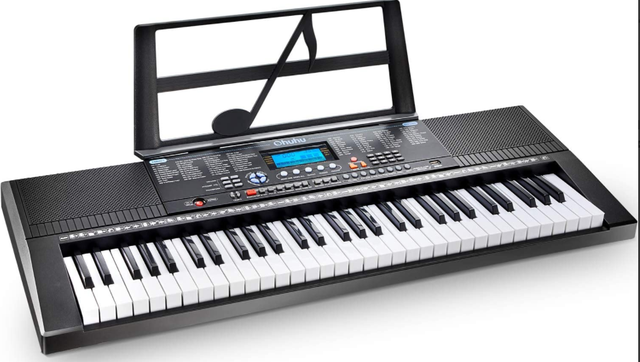 A keyboard instrument is an instrument that is played by pressing the keys of a keyboard. In a keyboard, the notes are arranged with naturals (usually white notes) forming the main body of the keyboard, and sharps and flats (usually black notes) placed in cuttings into the upper half of the naturals.

In the 17th and 18th centuries, the word Clavier was used in Germany to mean any kind of keyboard instrument. Often, the naturals were black and the sharps and flats were white (see picture of harpsichord), but the layout was exactly the same.

Nowadays, people often talk about a keyboard meaning an electronic keyboard (e.g. “He plays the keyboard”). The plural form of the word is "keyboards".

Yamaha have now made the most successful keyboards, selling over 770,000 a year.

The progression onto the keyboard allows children to develop their understanding of music and allows for progression from single handed playing to playing with both hands.  The musical range allows children to explore octaves, read music and introduce beats and tempos.  Using electric keyboards provides children with a variety of sounds and pre-recorded backing sounds to enable them to compose at a different level.

Year 6 learn how to play the keyboard thus bringing together all their previous skills in music (learning how to play the notes C,D,E,F,G,A and B) and adding in the addition of chords and correct musical vocabulary.

In Year 6 pupils are taught singing for a purpose for example Harvest assemblies and Christmas so the children can join in with our whole school assemblies and themes.